The store will not work correctly in the case when cookies are disabled.
Menu
Menu

Choosing your first rimfire is often a very exciting task so it’s good to do the background research and think not only about calibre, but which rifle will suit your hunting and shooting requirements best. The 457 action was an immediate hit as it combined all of CZ’s traditional manufacturing ethos with modernised design approach to include improved trigger, safety catch, barrel interchangeability and modern scope mounting solutions. The action is fundamentally sound, reliable and will last a lifetime with no difference at all between models it is used in. Factors like CZ’s single stage trigger and firing pin shape reinforce my opinion of intelligent gun makers, not just clever marketing, it breaks crisply and offers adjustability for a long life without threadlock hampering you. Steel, no matter how good wears, so in critical items like triggers, this shows CZ have future proofed a gun for generations of effective maintenance and use. Anti-corrosion treatments are applied and the workmanship in these hidden areas is an engineering delight with solid billet machining, not just endless stamped, rolled, or folded components.

None of the 457 variants are fundamentally higher quality or more accurate than others but three key areas to consider are barrel profile, stock design and of course calibre. To deal with these in reverse order, you are likely to have chosen your calibre already, based on shooting pursuits and the variation applied for, 22 rimfire generally suits subsonic quiet shooting at low cost out to 75 or 100 metres on quarry or targets, 40gr bullet, 1050 fps. .17 HMR is more than double the speed and energy, a 17-20 gr bullet with up to 2550 fps and takes over with capability beyond 150 metres in similar hunting scenarios and quarry types. It's a smaller, lighter bullet with significantly flatter trajectory and faster expansion, ideal for hunting. It is also supersonic so noisier, more expensive and although ballistically superior for hunting with flatter trajectory easing range estimation, when you want to extend the distances for target shooting, the old 22 LR still shows significant advantages. The slower bullet doesn’t cross from supersonic to subsonic velocity that can cause problems, it’s subsonic all the way, a Tortoise to the HMR’s Hare. They both do a great job, have significant overlap of capability yet each has its advantages and CZ offer many 457 options in both (as well as the 22 WMR which is less common since the HMR arrived).

Since I have discussed hunting first, this brings us to the base model of the 457, the “Synthetic”. This is an injection moulded polymer stock, same action as the rest and with light profile sporter barrel in the length of your choice to minimise weight and handling bulk, ideal for hunting. All the CZs are screwcut for a sound moderator so that’s not an issue to concern you but handling, pointability and aiming of the rifle are paramount and here the paths of each model diverge. Walking around, hunting, making improvised shots at varying distances from whatever support is available, perhaps shooting freehand or from a vehicle, this is where the economical synthetic holds top spot and ideal for such a user in either calibre. Magazine feeding is straightforward, spares are available (5 and 10 round variants in 22, 5’s for 17 HMR), scope mounting uses conventional 11mm dovetail rails, and you don’t worry too much about getting a scratch on the gun, it’s a tool for hunting use. You can add a rail for night vision if needed. Some buyers might want to step up to the “Royal” version with the tactile warmth of Walnut with classically graceful looks yet at the downside of relative delicacy and increased cost.

But are they as accurate as the more expensive Target driven models? Well yes and no, people get so obsessed by proclaimed group sizes without considering the weak link in the shooting scenario, the shooter, and fundamentally the way in which they interact with the gun. Different stocks come into play now and you begin to separate the mechanical and internal ballistic capability of the gun with its interactive surfaces to that shooter’s position and comfort. Shooter size and weight vary, different stocks suit for ergonomics and looks.

Bigger ergonomic steps would be to a heavier, adjustable stock like the “LRP” or latest “MDT” units, the former a superb long-range precision rimfire with heavy, fluted barrel and the latter, developed for PRS type competition shooting. These two rifles still project the same bullet at similar speeds to the Synthetic and Royal but longer, heavier barrels give more stability to the rifle, they have Match chambers to tighten competition tolerances for clean, target shooting environments and you can add weights for balance too. Adjustable cheekpieces assist repetitive scope alignment for longer range precision alongside additions such as an inclined Weaver rail to mount larger scopes with more mechanical range to dial shots out to longer distances. Stock adjustability for length of pull and recoil pad position will stabilise your aim a little more but the gun itself is not fundamentally better, just different and suited to its likely environment. You can still go rabbiting with an LRP but it’s heavy! The “Synthetic” can still push the distances, but it’s a lighter, less stable rifle which is fundamentally what made it fast and pointable for spontaneous unrehearsed hunting shots, rather than repetitive prepared competition environments.

Between these extremes, the 457 Thumbhole Laminate is available in 22 RF, 22 WMR and 17 HMR. This has a heavy cold hammer forged barrel but not the match chamber, it stands out visually with a laminate stock that’s tough and weather resistant with greater mass than Synthetic or Royal, but none of the adjustability seen on the LRP or MDT versions. It will still do all the jobs yet strikes a handling balance with distinctive looks that some shooters will prefer. It is one to appeal for those wanting longer range capabilities with more refined looks of coloured, laminated Birch.

The Limited-Edition Carbon 457 is a special rifle because of its barrel, the stock is identical to the Synthetic other than a slightly wider channel for the bigger barrel diameter and a dipped camouflage finish. The camo’s great look is a slightly soft touch finish and with tall comb height and beneficial 14”/355mm length of pull. This gun is distinctly more expensive than any of its 457 family peers. This is because a 20”/525mm stainless steel barrel is machined down with shoulders at the muzzle and breech for addition to the action and external threading for moderator before the carbon fibre, it’s wrapped around and machined to give the stiffer 21.3mm parallel cylindrical profile.

I have used 457’s of 6 variants, Royal, Synthetic, LRP, AT-ONE, Carbon, and the Laminate, do I have a favourite? Well, yes, the Synthetic, I like its purity, simplicity, poise and balance but I loved the LRP’s creativity and long-range accuracy. The “AT-ONE’s” looks pair modernity and adjustability to lighter weight than the LRP with ergonomics I found the perfect centrepiece of the entire 457 range. I haven’t used the MTR, perhaps it’s a purists Walnut version closest to the “LRP” in size and weight yet definitely one that sells for it’s looks as well as the mechanical proficiency all the others share. Have a think about where your needs fit best among these factors because none have disappointed me and I’m incredibly Picky Parkin! 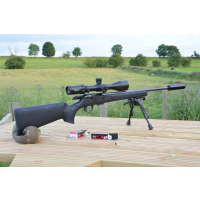 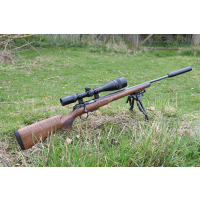 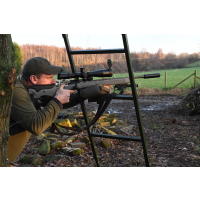 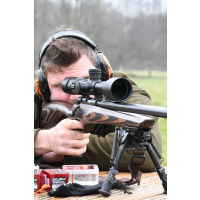 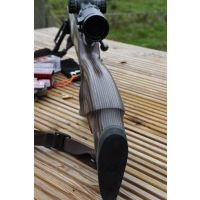 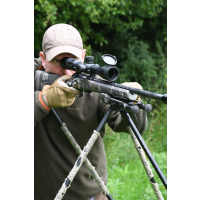 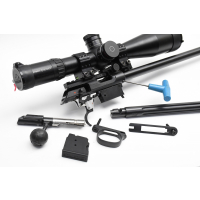 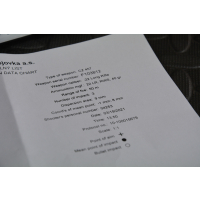 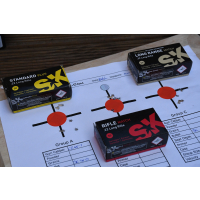 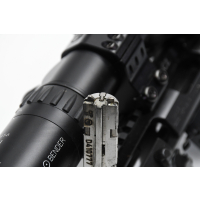 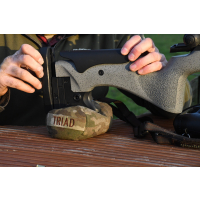 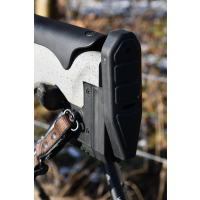 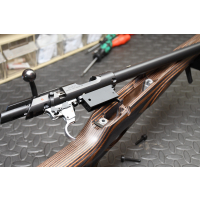 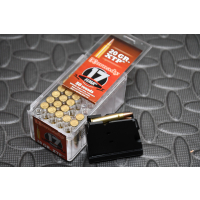